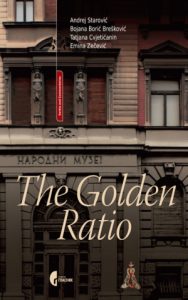 The National Museum was founded by a decree of the Minister for Education Jovan Sterija Popović, on May 10th, 1844, with the name Muzeum serbski (Serbian Museum), with the aim of ‘collecting antiquities’ and ‘preserving them for posterity’ in one place. The founding of the National Museum was a result of new historical and cultural trends in Serbia at the end of the 18th and the start of the 19th century, which shaped a different attitude towards history, inspired by national fervour, and the crowning achievement of many years of effort to preserve antiquities that had already been collected thanks to ‘the willing sacrifice of patriots’. After being organised in the initial decades of its work as an institution for the protection of heritage, but also as a scientific and research institution, which constituted the national identity and served as the crucial element in the development of the safeguarding of heritage, the National Museum soon became the official representative of the state and society, testimony of the potential power of culture and the museums in Serbia.
Tatjana Cvjetićanin