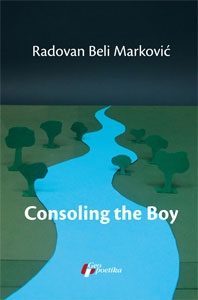 The world of Radovan Beli Marković’s superbly written short stories comprises the familiar and the strange, the known and the unknown, the local and the universal. Their topography coincides with the one found on maps, but the fairytale-like cruelty encountered in the villages and towns places them in the realm of the imaginary. The characters inhabiting them are rendered as refl ections in a papermirror, distorted just enough to reveal that which lies beneath the surface, appealing to an onlooker as much as flesh stripped of skin. He knows the nature and mentality of his neighbors, his peasants and his compatriots to the last unpleasant detail, but he will not mock or criticize them, he rather tries to understand and to sympathize with them, for their lot is marked by brutality and bad fortune.

“In the narratives in this book, the reader will see how the short prose form can be used for the most complex penetration into the sphere of so-called reality, based equally on the empirical and on the readership’s own experience and literary memory… It seems that Radovan Beli Marković is one of those literary inventors who harmonizes the principles of the lyrical and the narrative, proving quite successfully that almost nothing separates the two.”

“Nowadays, although everyone writes short stories, only a few people do so successfully. Radovan Beli Marković is one of those rarities.”